Race Capsule: Busch finally wins The Great American Race, as it slips away for several others 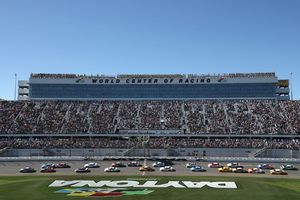 NASCAR's debut of its new triple-stage, mid-race points-paying format was inauspicious at first. After major wreck-fests in both the Camping World Truck Series and Xfinity Series races the day before, the opening 100-plus laps ran with very little attrition. Chase Elliott (finished 14th) led the first five laps from the pole and would go on to lead 39. The lead then changed hands between Jamie McMurray (28th) and Kevin Harvick (22nd) and a few others after that.