Bowman makes the rare leap from the heap to the top 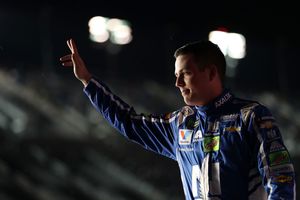 You surely have seen the news by now that Hendrick Motorsports has anointed young Alex Bowman as the heir to Dale Earnhardt Jr.'s throne in the No. 88. Earnhardt Jr.'s sudden retirement announcement in May opened a premier ride and, thus, set fire to NASCAR's silly season. But with several big name drivers potentially on the market - the biggest of which being Matt Kenseth - Bowman's name stayed at the top of the list. His career arc has achieved an almost impossible feat in today's NASCAR. A driver from a small team broke the glass ceiling to land a ride with a super team.