Larson finally tops the mountain, enters the Chase at Michigan 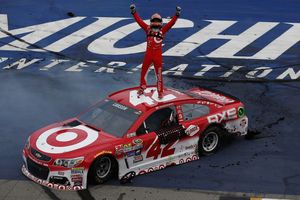 Kyle Larson had his day Sunday - finally. His berth in the 2016 Chase for the Sprint Cup came at the expense of a Chase...Chase Elliott, that is. The two battled over the last half of the race and Larson, in his third full Sprint Cup season, got that coveted first Cup win in his 99th-career start. Sunday's Pure Michigan 400

Race Capsule: Hamlin on top after crazy day at The Glen 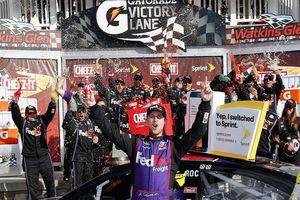 Denny Hamlin can now say he's won on a road course. After losing on the last lap to Tony Stewart at Sonoma in June, Hamlin led the final 10 laps and used caution laps to help stretch his fuel 41 laps en route to winning Sunday's Cheez-It 355 at Watkins Glen. 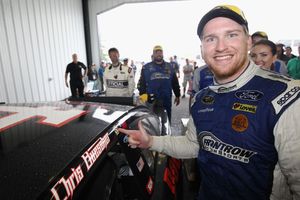