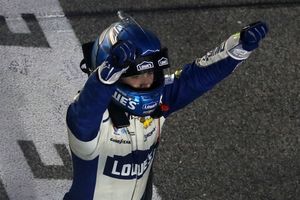 If you're reading this, you probably know that Jimmie Johnson just tied Richard Petty and Dale Earnhardt with his NASCAR Sprint Cup Series title, winning the Ford EcoBoost 400. The No. 48 Lowe's Chevy struggled between 5th and 12th much of the night, but some late cautions got Johnson near the front - and that's all they needed. 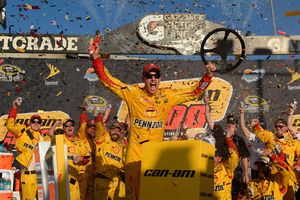 Kevin Harvick was a lock to win the NASCAR Sprint Cup Series race at  Phoenix International because he had to. But as his hopes faltered, the day's second-most dominant car and driver in Joey Logano capitalized on the misfortune of others and triumphed with his 17th-career NSCS victory. The Championship Four are set for next week's Homestead-Miami Speedway finale. And this 324-lapper at PIR was tense.