The one thing to take away from Atlanta Motor Speedway 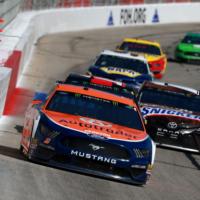 There were many questions heading into this Monster Energy NASCAR Cup Series Folds of Honor QuikTrip 500 race weekend. The majority of those centered around the first look at part of NASCAR's new handling/horsepower package for the Cup cars. The predictions varied about some idiosyncrasies with drafting, but by Sunday morning, there seemed to be a common  in the garage: restarts really matter and the long runs would look like the same Atlanta Motor Speedway races from the past. Those prophecies were spot on.

If the NASCAR media corps took a shot for every time we uttered the word "package" Friday, we would be as drunk as we are sugar-buzzed in the QuikTrip-laden media center. The rules package for the Monster Energy NASCAR Cup Series is a radical departure from what the series has been running. At tracks greater than a mile, Cup cars are running a higher spoiler (to create more drag), a bigger front splitter (for more downforce), and engines with a greater tapered spacer (to choke horsepower down 200 counts to 550). This is all in hopes of keeping the pack closer together on race day, hopefully creating more meaningful passes for position. 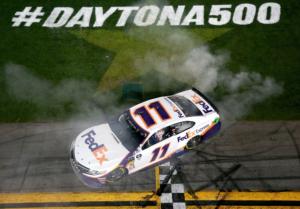 Sure, people complained about the type of racing NASCAR drivers delivered through most of Speedweeks. The single-file, follow-the-leader parades that were the Advanced Auto Parts Clash, the Gander RV Duels, and the Xfinity Series race were boring and even some drivers didn't understand why more of their brethren weren't taking chances passing on the low line. And then there was the bloodbath of a Gander Outdoors Truck Series race that saw only nine of 32 entries finish. And a litany of late-race wrecks made the last ten laps last an hour in Sunday's Daytona 500. But the Great American Race delivered a show on levels many weren't expecting.