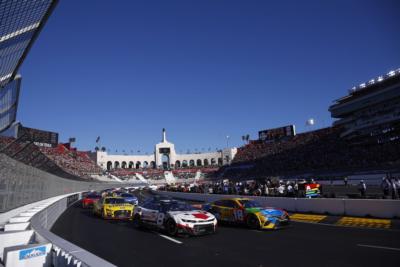 As something brought about with thinking way outside the box, the Busch Light Clash at the Coliseum was a success.

You can’t measure how much more attention it got than it would have if it had been another Clash at Daytona.  It looked good on TV.  There were a lot of folks in seats by the time the main feature started.  And, the racing was pretty much what we expected to see on a quarter-mile track.  More importantly, it wasn’t the wreckfest we feared.

Now, just saying it was a success and measuring it as one, are two completely different things.  The ultimate measuring stick will be how many of the folks who came to (or viewed a race) for the first time, liked what they saw enough to try it again.

In a bigger picture though, it was a proof of concept.  The idea worked.  Now, are there opportunities to do similar things elsewhere…like overseas?

First, NASCAR must decide if they want to make a return trip to the L.A. Coliseum.  I vote “yes”.  No, it won’t have the same hype and buzz, but it would be fun to see it again.  And, maybe some folks who watched it and wished they were there, will show up.