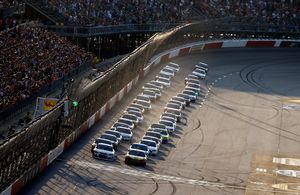 I love Darlington; and I the fans at Darlington. Much like Bristol, Darlington is the anti-major league location of the 21st Century. It's not in a major metropolitan area (or even that close to one), it's in a small TV market and, unless you're traveling up and down the east coast on I-95, you don't just happen by there.

A Laurel and Hardy Handshake 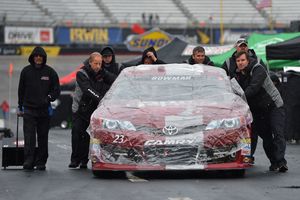 This has been a tough year to be a NASCAR fan. Five of the first seven Cup weekends have had weather issues at least one of the days. The 2014 season has turned into the NASCAR Drought Relief Tour. Or, as our friend Jim Utter opined, the NASCAR green initiative is apparently about growing grass. 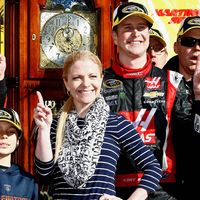 I've been covering NASCAR for more than 35 years, and I can't recall a story like Kurt Busch's.

But, Kurt's journey has been a unique one.