Having a Short Memory

There isn't any argument that the Daytona 500 is the most prestigious race of the NASCAR season.  And, with it being the season-opener, it is the one that teams have seemingly spent the majority of their off-seasons preparing for.  And, it will forever change the way the winner is introduced.

Is There Good Here?

It has taken NASCAR awhile to get here, but I'm glad they finally have.  We have been calling for years for the sanctioning body to provide a traveling medical staff that, not only knows the drivers and their history but also is a familiar face in the medical center.

It's Only a Matter of Time

One of the key elements of NASCAR's new "enhancements" has been the united front that has been presented from all the stakeholders.  The sanctioning body, TV networks, track operators and drivers have all been sitting around the campfire together holding hands singing Kumbaya. 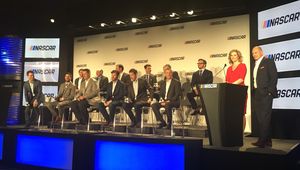