Enjoying the Fruits of Victory 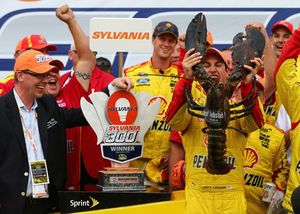 There's nothing quite like watching someone really enjoy themselves in Victory Lane. 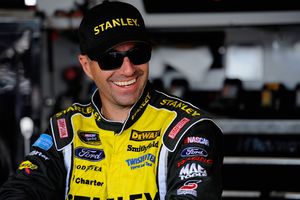 We talk often about how the company of Sprint Cup drivers is an elite one. And, that how they are among the best in the world at what they do. I have been trying to remember the last time a Sprint Cup driver voluntarily gave up a full-time ride to go race somewhere else. It doesn't happen much.

Two of the most often-repeated statements in recent years have been Robin Pemberton's "have at it boys" and Brian France's, "Game 7 moments". The one of those we've scrutinized the most is France's.

All in the Family 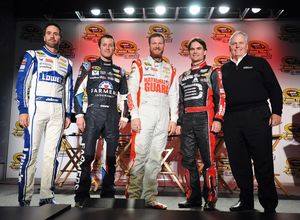 There may not be team orders at Hendrick Motorsports, but there certainly is a team feel to the organization.