This isn't exactly what we had planned 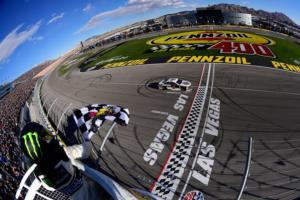 There's a line in the Carly Simon song "Legend in Your Own Time" that goes, "this isn't exactly what we had planned."

In some ways, this sums up the NASCAR season after the first four races of 2017. This was supposed to be the coming out party for the new stars of NASCAR. Instead, a 42-year-old former champion has stolen all of their heat.